At Colegrave we recently celebrated 'World Space Week.' The theme this year was 'Women in Space' and each key stage was set a homework project based on a different female scientist.

EYFS looked at Helen Sharman, who became the first British person to go into space. They made lots of fantastic rockets! 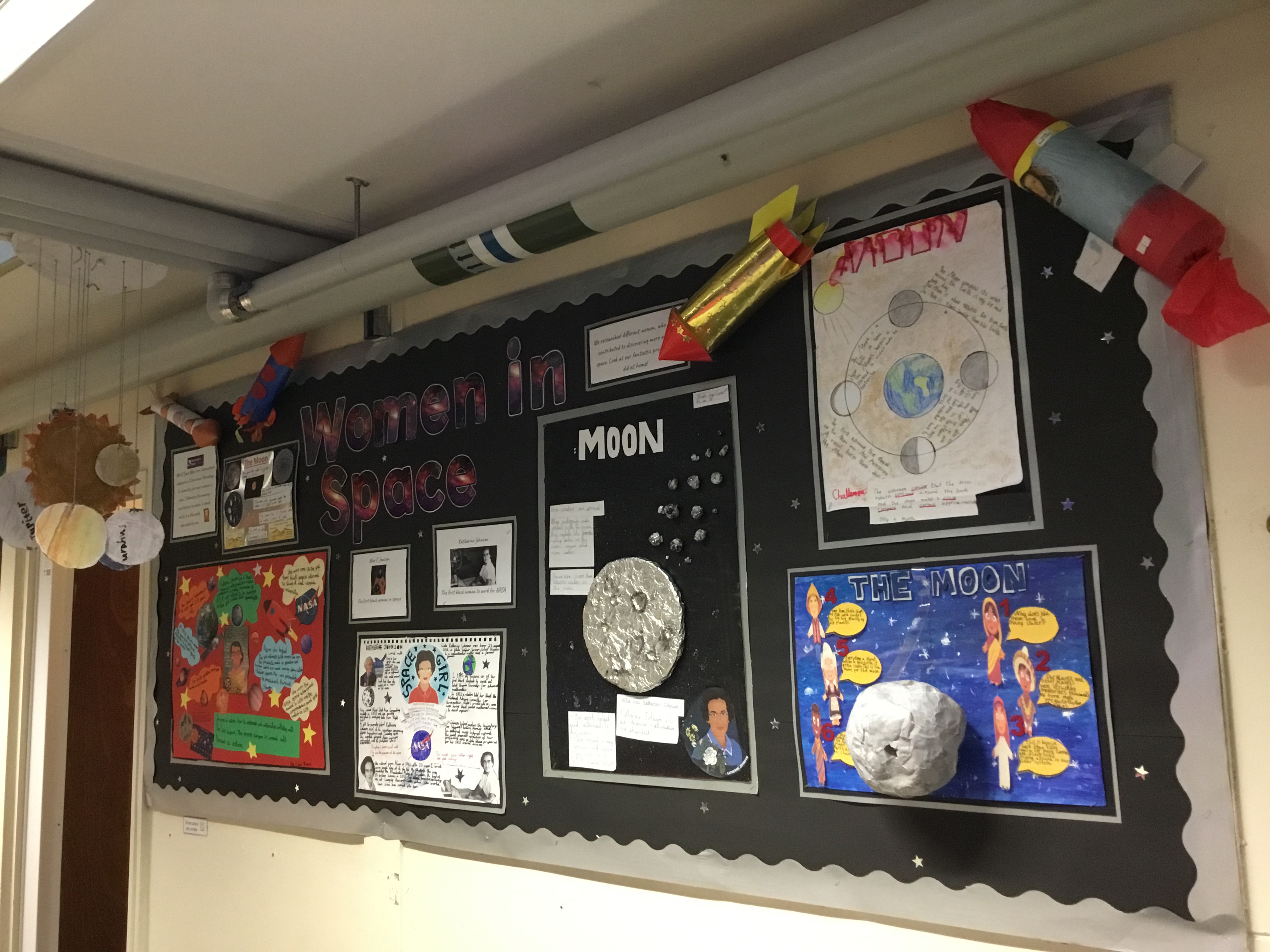 KS1 researched Valentina Tereshkova who, on the 16th June 1963, became the first woman in space. They drew pictures of what they think it looked like when Valentina saw the horizon.

LKS2 researched Katherine Johnson who became the first black woman to work for NASA! They created craters using flour and stones and presented their work on fantastic posters. 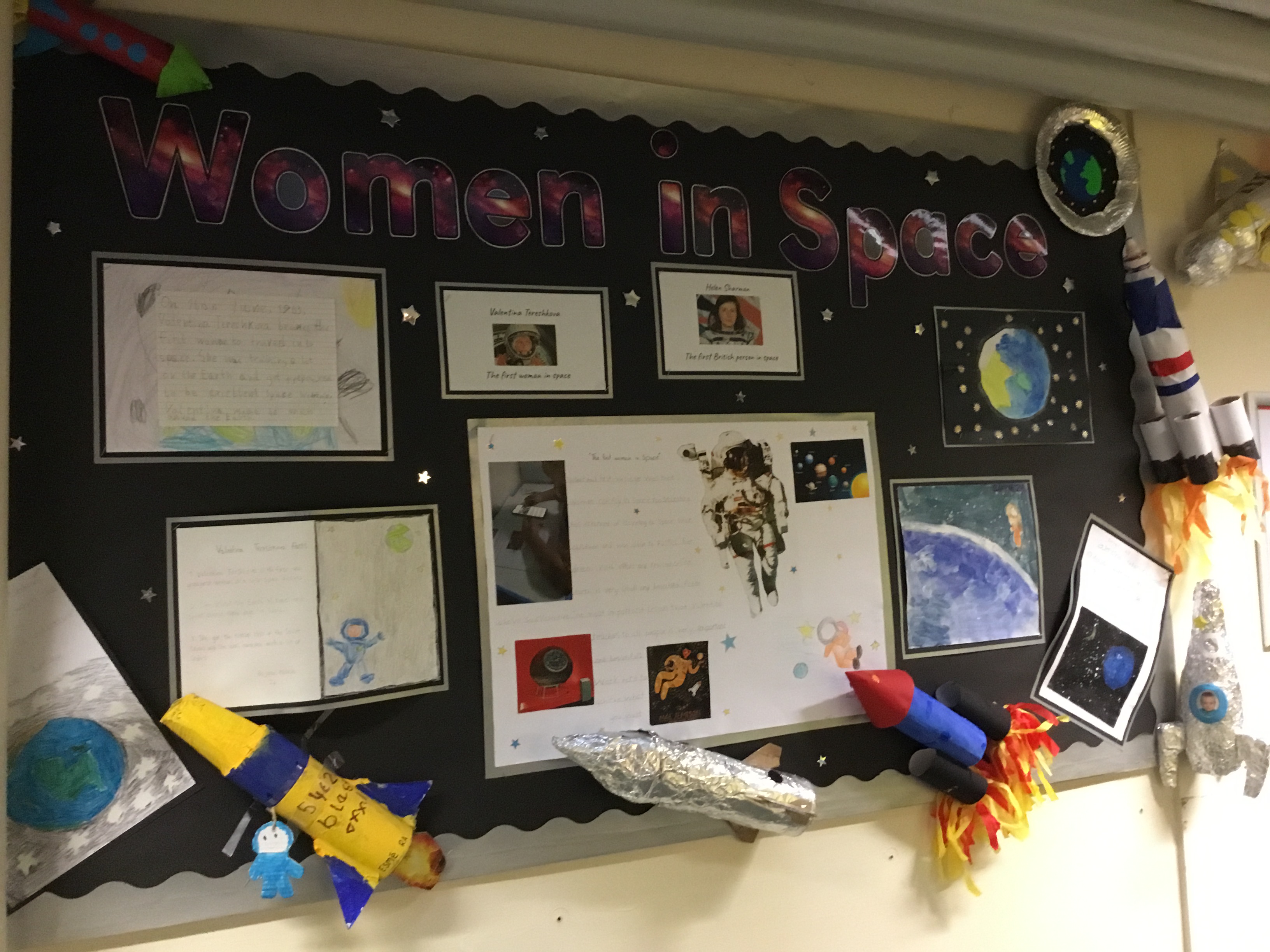 UKS2 researched Mae C. Jemison, who was the first black woman to travel into space. They presented their findings in various different media forms; one of our Year 6 students even made a video which you can see below.

We had such fantastic projects that we have displayed some of the great work around the school.

What super scientists we have!